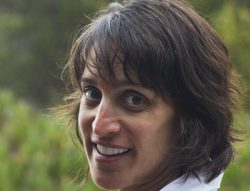 — By Dina Moskowitz Teachers are huddled in groups of twos and threes, analyzing student math work and making an effort to see what students do and do not understand about their content. 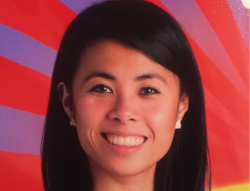 by Anna Tom The Power of Writing This past year, 18 Kindergarteners entered my classroom with vastly different levels of knowledge. Some of my students had preschool experiences, while others experienced their very first day of school when... 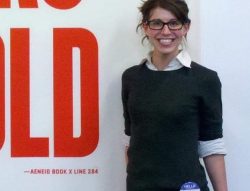 by Christi Grossman By January 2017, it was clear that the recipe I had been trying since August hadn’t worked. I felt like a failure: I hadn’t helped students improve their reading at all and I had no... 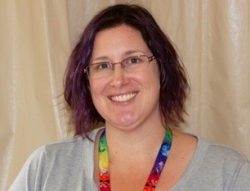 Finding the Balance: Data Collection in a Play-Based SDC Classroom

By Nicole Kelly “The great thing about play is that it totally involves the whole personality of the child…attitudes, character, and emotions. It is the carry over from intellectual activity to emotional involvement that is the true characteristic... 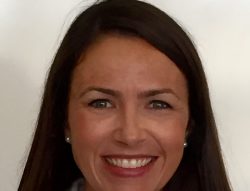 By Carrie Kelder My AP Psychology class represents a diverse group of learners with a variety of skill levels when it comes to reading and writing. What the students have in common is their level of motivation, whether an interest... 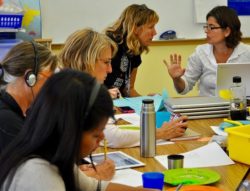 At Lead by Learning, we believe inquiry is an equity strategy that helps educators understand student assets and build supportive awareness of our implicit biases. This value comes to life in our work with teachers. Nessa Mahmoudi is a second...

Tags: Inquiry and Equity, Students at the Center
Learn More 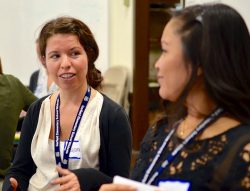 At Lead by Learning, we believe that both teachers and students must be drivers of their own learning. As an example of this core value in action, Albany High School English teacher Juliet Radford found power in allowing...

Tags: Inquiry and Equity, Students at the Center
Learn More 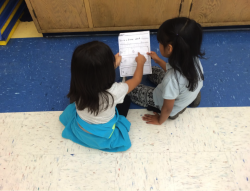 Arts Integration and Literacy: A Powerful Combination for ELLs

Teacher scholar Emily Blossom, OUSD I’ve invited five of my first-grade students to join me for lunch in our classroom. In this group are two native English speakers and three English Language Learners (ELLs), a ratio which is reflective of the school population. We’re sitting at a classroom table, looking at videos taken during the creative dance class we just finished about a half hour ago, taught by a dance educator from the Luna Dance Institute. The kids are excited because they are the stars of the movie they’re watching! I ask them to describe what they see. Liz: I saw Kyle spinning around Zara and he was doing this (gestures with arms wide). Antonio: I see Zara doing a shape and Kyle doing like this (gestures turning and going backwards). Teacher: Now this time, I want you to think as dancers and use dance words. Liz: He’s bowing and spreading his arms wide. Jori: I think that was like a bird. Teacher: Do you think that was what he wanted to do? Can you use any dance words? Jori: Smoothing. Jessica: Loose. Elodie says, “She’s moving like a little slug, like a little caterpillar.” Elodie’s an ELL, and she’s struggling to find the words, but she’s using her body to show the way an inchworm folds itself and then expands forward. The others supply some more ideas: “bursting,” “falling,” “twirling,” “balancing.” When they’re finished eating, we move to the classroom rug and I ask them to show me some of the moves they saw each other making in the video. They happily demonstrate for me, reenacting each other’s creative explorations. I listen to the recording of this lunchtime conversation on my way home. I’m hearing the kids’ processing in a new way, when I have the luxury of not managing the class or thinking about the next step, but just listening to them. While their language is imprecise, they’re noticing details about each other’s dancing that I didn’t appreciate because I was so focused on whether or not they could use the specific vocabulary. I’ve kept these recordings of lunch conversations with my students on my phone for months now, because every time I listen to them, I hear something I hadn’t noticed before. I keep thinking about the value of teaching dance, and the ways that the arts can support a child’s emerging literacy. This is the type of powerful arts integration that I was able to understand and apply in my classroom, thanks to my inquiry with Mills Teacher Scholars --arts integration that I had always supported, but for a long time had not worked to fully leverage.

Carla, an English learner student who was in the Spanish bilingual program the year before, is working with Jerome, a fairly confident math student. Carla has written down an answer, 783 and explains to Jerome how she got her answer. Jerome, has a different answer on his page: 837. He explains his answer, and here is where an interesting thing happens: Although Carla is correct, she erases her answer, writes down his answer, and they continue working on the second part of the problem. For my inquiry last school year, I chose to explore math partnerships because our math curriculum required students to work together in partners on tasks to solve word problems. At the beginning of the year, I noticed that when I told the students to work together, almost all of them worked on the task individually and hardly talked to or looked at their partner at all. A few students would get into small arguments and then refuse to work together. By mid-year, students seemed to be working together well, but the video data of Carla and Jerome, which I collected to look at with colleagues in our February Mills Teacher Scholars inquiry session, helped me see the complexity of what it really means to help students develop the Social and Emotional skills they need to grapple with content and construct new understandings together.

Education Flows Both Ways: An Inquiry into the Needs of Mam Speaking Newcomer Students

Marla Kamiya As Oakland Unified School District and other districts across the country experience an unprecedented influx of newcomer English Learners, even veteran teachers are left with a myriad of questions about the best way to support their students’ social-emotional and academic development. Marla Kamiya of Bridges Academy at Melrose participated in our Teachers of Newcomers inquiry group. Her inquiry began with an exploration of the best classroom placement for Mam speaking students from Guatemala and El Salvador, but led her to some important realizations about the relationship between newcomer families and schools.   My school, Bridges Academy at Melrose, is experiencing a huge increase in Mam-speaking students over the last two years--an increase mirrored in many other Oakland schools as well. Mam is one of the Mayan languages spoken in the highlands of Guatemala and El Salvador. It is one of the 21 Mayan languages officially recognized by the government of Guatemala. In this last school year, 15 Mam speaking students enrolled in our kindergarten classes, bringing our schoolwide total of Mam-speaking students to approximately 50 students over 10% of our student population. These new students were all placed in our Spanish bilingual program. Our school’s bilingual program is an early exit program designed for native Spanish speakers, a program designed to build upon students’ primary language to transition them in English. Since these students were clearly not Spanish-speakers, my fellow kindergarten teacher, Bernadette Zermeno, and I decided to study this question: Does it best serve Mam-speaking newcomer students to be placed into our school’s bilingual program or would they be better served in our Sheltered English program? I envisioned a relatively straightforward path that would include learning more about the linguistic features of Mam, consideration of common underlying proficiencies among Mam, Spanish, and English that may affect second language acquisition, and interviewing Mam speaking parents regarding their desires for their children’s education. We hoped, in our words, “to establish a clear school policy and procedure regarding the placement of Mam-speaking students into the Spanish bilingual or Sheltered English program.” Instead, we learned much more about the importance of relationship building, of drawing these parents into an ongoing dialogue about school and their child’s education, and we received a quick education about how deeply these parents want their children to learn Spanish, based on their own experience of bilingualism/biculturalism in their home country. The Complexity of Language, Identity, and Experience In order to learn more about the Mam language, we reached out to, Dr. Lyle Campbell, an expert in Mayan languages.