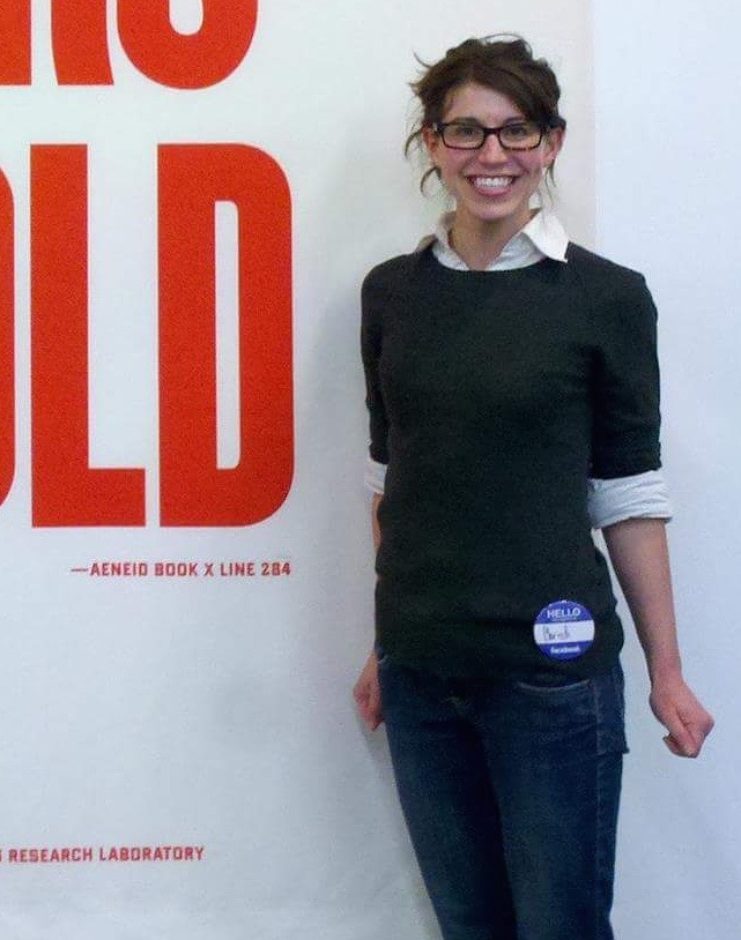 By January 2017, it was clear that the recipe I had been trying since August hadn’t worked. I felt like a failure: I hadn’t helped students improve their reading at all and I had no excuses. After all, I had worked with students in groups no larger than six every day for an hour with a research-proven curriculum. But even as 16-year teaching veteran in my third year as a reading teacher, my mid-year reading scores showed that in one of my classes only a single student had made significant reading growth. The other five students were stuck in the same unhappy place they had started.

Students in my other classes had made excellent growth, and I was happy about the work I was doing leading the expansion of our school’s reading intervention program, but this was the class I felt the most urgency for.  In 7th grade, they were reading at a 3rd grade level. More than any other group of kids, they needed to crack the reading code–and I was responsible for helping them do so. I had been given all the right ingredients, a great kitchen, and a perfect recipe, but I had failed to make an edible meal for students starving for literacy, just as every other teacher who had tried to teach them to read had failed them. 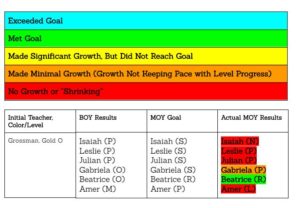 It was data-driven, collaborative inquiry that pulled me out of despair, and helped me retool my recipe.  Looking at my data initially, I saw nothing but “failure red,” which indicated that these students had made no growth or had actually become worse readers according to the assessment we were using. Trying to better understand what was happening for this group of students, I took my data to Jen, my wonderful Mills Teacher Scholars coach. She pointed out the “success green” and urged me to look closer at what had allowed this one focal student to make growth. Rather than give up on the recipe entirely, she urged me to identify what ingredient had been effective.

Going deeper with the data was the decisive next step. I looked over my students’ mid-year tests, seeing more than the final “letter level.” This time, I noticed that in all cases, their accuracy was between 90 and 95%, too low for full comprehension. Except, that is for Beatrice, the one student that had grown. Her accuracy was an acceptable 97%. I looked back over her work throughout the semester. Her accuracy kept inching up, along with another data point: her self-corrects, which had increased significantly. “Self-corrects” are when a student hears herself make a mistake and fixes it on her own. Self-corrects are not counted as accuracy errors, as they are considered to be positive step towards internalized learning. Beatrice had improved her accuracy by increasing her self-corrects. It was the missing ingredient! Now I had something to try with the rest of my focal students, who were not yet using this strategy.

I modified the ingredients for these growing readers: teach, model, and encourage students to self-correct.  Like any other new habit, this one was not easy to adopt. Students who struggle with reading often have self-protective, “get by” strategies. Self-correcting involves constant monitoring and knowledge of individual words and the context in which they appear. Our breakthrough came when I instituted an activity suggested by a colleague at an MTS meeting: partner reading, where students who did not self-correct when making an error were required by their partner to re-read the passage from the beginning. It was important to create a feeling of playful competitiveness and to make strategic partnerships. Word endings were frequently dropped or switched, and it was the great joy for partners to correct the reader and tell them to go back to the beginning, knowing they would be in the same situation in a few short minutes. By doing this every day, our number of self-corrects went way up and so did our accuracy.

Students were now monitoring themselves to make sure they read what was on the page. Listening to themselves was critical: it improved their comprehension as well as their accuracy, because they could catch errors that changed the text’s meaning. However, tuning in intensely to themselves and having to re-read was frustrating and slow for some students. It took a lot of my hard-won teacher capital with them to insist every time that they read accurately. I was asking them to exchange a strategy they had used for years (mumbling, skipping, or speeding through words) and to acknowledge and correct their errors.

The other ingredient that needed to be added was explicit instruction in specific consonant blends and vowel sounds. The data I had gathered for my inquiry work revealed patterns of errors. A few words jumped out as ones that all or almost all students had read incorrectly: badge, dodge, and ledge; loan, float, and approach.  I realized that my students had never learned or internalized the pronunciation of these letter patterns. Not a conceptually difficult idea, but one that students had missed while learning to read. My readers are incredibly smart: it didn’t take them long to learn the /dge/ and /oa/ graphemes, they just needed to learn and practice it. 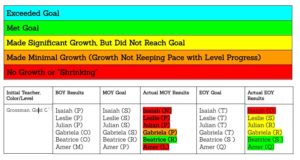 End of the year testing was a time for celebration. The new “recipe,” which continued to get refined as we learned together, fed my student’s literacy needs. By the end of the year, 5 out of 6 students in the class had made significant growth and, equally important, recognized their own growth. The “letter levels” you see on the accompanying charts were explained for students, so they were aware of their current levels, their goals and their progress. When they finish their assessment, they immediately want to know, “How much did I grow?” I had the pleasure of showing students texts that were challenging for them a few short months ago and comparing them to texts at their new level. They shook their heads in disbelief at what they’d accomplished, and they were still hungry for more learning.

One student with severe dyslexia is still not growing. I haven’t found the recipe that works for him yet. But I haven’t given up. Just as collaborative analysis was the key to finding a solution that worked for other students in the class, I believe it will prove to be the answer for him. This new recipe may contain elements of the old one that has proven to work for others, or it might be a new combination of flavors that work just for him. I plan to keep trying until he, too, gets what he needs to nourish his reading growth.

Christi Grossman has been a teacher for 17 years.  While she has worked in such varied places as a one-room schoolhouse in Ethiopia and as a graduate student instructor at the University of Michigan, the majority of her work has been in public school classrooms in Detroit and Oakland.  She became a reading intervention teacher after teaching English for 13 years because she believes literacy is a wonderful journey to a magical place and she wants all students to be readers.

It was data-driven, collaborative inquiry that pulled me out of despair, and helped me retool my recipe.

Finding the Balance: Data Collection in a Play-Based SDC Classroom