A brave soul cuts through the terse and awkward attempt at discussion that is a high school English Zoom class: “Maya Angelou has a conversational style with all those words that sound just like the people she heard growing up.”

The utter silence of teaching to a screen with no faces and no comments during the 2020-21 school year, and all those hours of planning ringing out hollow and unrequited were instantaneously transformed by my student’s response. It’s a revelation to hear such a response. And it’s not just from any student, but one that I have been speaking with every other week for the past two months in a small focus group with two of her peers during lunch.

Through this experiment of seeking direct input and feedback from three to four AP English Language and Composition students selected for their engagement and representation from different populations, my student garnered the courage to cut the silence. She owned the reading, her learning, and the moment.

As I reflected on my moment of success in class, it became clear to me that the 10 other English teachers in my department were surely experiencing something similar in their own virtual classrooms as my own and I wanted to understand their experiences further. I began my inquiry by wondering: If I could capture their voices and ideas in an analogous fashion to my focus group of students, maybe my colleagues would become more invested in the agenda and the focus of the conversation. Our goals as a department could not simply consist of the mere urge to survive the pandemic.

I now had an entirely new vision for my leadership work.

I wanted us, as a department, to confront our individual dilemmas around instructional practice using the Lead by Learning practice of Public Learning that we had been practicing and learning about in ILT. But, to expect vulnerability from my fellow teachers, I needed to model that sentiment. I needed to become more vulnerable myself. Hard stop. So, I began to create a plan for the aggregation of data in my department. I would ask them directly what could be done in small focus groups just like I did with my AP students.

As a learner, I presented my own struggles with class discussion, and shared participation data on the success of integrating student video recordings with whole class feedback protocols. In our subsequent meetings, other colleagues followed suit, and they dug deeper to share not just their favorite virtual lessons, but instead where they were getting stuck in their planning, and they began to probe the department for useful feedback and perspective. We started to get smarter about teaching the essay and finally broke ground on calibrating our assessment of essays.

Going forward, I started writing the meeting agenda collaboratively. I called my colleague on the phone and picked their brain about the week’s priorities; so instead of scrambling to rehash the previous meeting’s business, I had a fresh outlook on what the group wanted to discuss. So in the closing moments of the next meeting, my voice was not needed to cut the silence; instead, the good of the order ran long, and the only thing I had to facilitate was a reminder that it was time to call it a day.

Using the Lead by Learning model of inquiry, I continued to notice and observe the data I collected from my adult learners to name my next steps as a leader. Instead of assuming that the same course-alike teams of teachers would want to plan the midterm together during our next meeting, I sent out a preliminary survey to collect teacher voices and asked teachers about who they prefer working with, and in which course they were seeking supportive collaboration. I learned that some teachers were already working on projects with teachers in different grade levels, and a lot of planning was being done outside of our department meeting time, especially among those teaching English learners. They embraced this opportunity to work with the people they were most comfortable with, and I started staggering the meeting topics to accommodate their interests.

At this juncture, I also became curious to find out if teachers thought our meetings were useful and meaningful to their daily practice removed from the physical classroom. I was fortunate enough to be mentoring a colleague finishing their credential program, and in our weekly emails following my observations, I began to include a few more specific questions about the department’s vibe and energy, and what take-aways were being absorbed. His responses were often validating and always edifying, and by having a focal teacher in my department, I began to find out even more than I thought possible.

Beyond all the challenges of this past year, I realized that this practice of collecting data through a variety of formats and inputs could only lead to a department that would emerge stronger and closer together. We were able to learn so much from each other, not because I was a better department chair, but because we were a better department all together. Both my student and adult learners benefited from me taking a partnership approach as a leader. There was no need to be alone, even when we were alone. The more voices that were empowered to speak, the more agency every speaker gained; progress became actualization. For I realized, all I had to do was ask.

In thinking about next school year, I plan to: 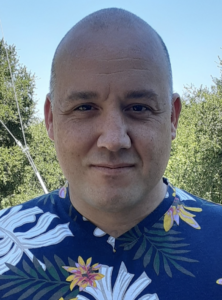 Nathan Nugent has been teaching English at De Anza High School in Richmond since 2016. A graduate of San Francisco State University’s school of journalism, Nathan traveled and wrote as a cultural reporter before entering Sonoma State University’s Credential program in 2014 to begin his career in education. With a focus on teaching literacy through contemporary issues, Nathan has worked closely with De Anza’s freshmen to bring the news alive in a research skills-based social science course, and spread his passion for rhetoric and argumentation over the last 3 years with a growing generation of AP English Language and Composition scholars. When not buried in a book, Nathan can be found hiking or brushing up his German.

The more voices that were empowered to speak, the more agency every speaker gained; progress became actualization. For I realized, all I had to do was ask.

Public Learning is a Two Way Street: “I was a Learner, Too”

Why I Practiced Public Learning with Students

Lead by Learning Manager of Marketing and Communications, Development, and Community Engagement.