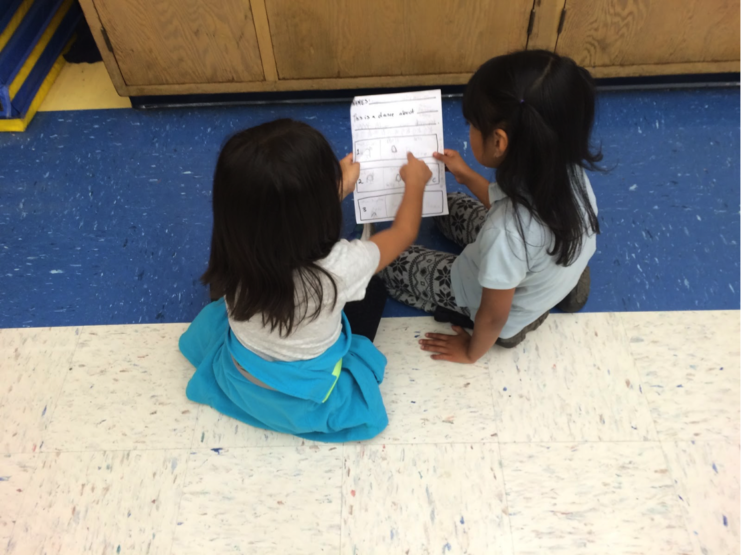 The Power of Oral Rehearsal in Writing Workshop

At the beginning of this school year, my second year teaching second grade and my first year of inquiry with Lead by Learning, I felt excited to tackle another year of writing instruction. My school uses the Writing Workshop model. With this model, my students and I begin each writing session together on the carpet for a mini lesson. Afterwards, students return to their desks and are expected to write independently as I circulate the room and provide feedback and support through writing conferences and strategy groups. I quickly noticed that some students, in particular my newcomer students who were still developing their written and oral English, struggled with the independent aspect of this model. I loved meeting with them individually and in small groups to write together, but at a certain point, I had to walk away and attend to other students. I wanted to provide them with tools that could help them continue writing even after I had stepped away.

At first, I created a writing checklist for my beginning writers. This checklist outlined four key steps (with corresponding visuals) that students could follow when writing a page in their booklet:

Some students utilized the checklist and it seemed to help guide their writing process, but as the year went on, I became more and more eager to help them increase their writing volume. I saw that they could write multiple sentences when I sat beside them, and wanted to support them in doing this even when I walked away.

Around that time, my school led a professional development session around the practice of oral rehearsal and the way that it can support students with their writing. I connected the oral rehearsal with the first step from my checklist: I think of my idea and say it out loud. I had noticed that when my students engaged in this step before putting pen to paper, their sentences were often more cohesive and their written ideas more complete. I decided to harness the power of oral rehearsal to support my students’ independent writing as we embarked on a new writing unit and genre: poetry.

I worked individually and in small groups with my newcomer students to help them brainstorm and orally rehearse ideas for what they could write in a poem. I let them choose from a variety of pictures that I had printed in color. With my support, they labeled the picture with things they noticed (e.g., “shiny rock”).

Then, they practiced saying sentences based on the labels they had written. The whole process took between 5-10 minutes, and I was able to work with a couple students at a time. When they left my table, they took the labeled picture with them, and I instructed them to write a poem using the ideas they had come up with. My hope was that this pre-work we’d done would keep them writing for the rest of the independent writing time. 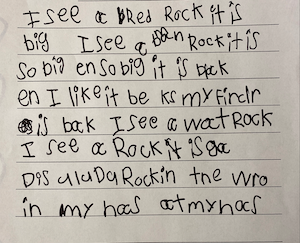 When I peeked at my focal student’s poem at the end of the independent writing time, I was blown away by how much he’d written all on his own. His poem spanned an entire page, and included ideas that we had discussed in our oral brainstorm but also new ideas that we hadn’t talked about. It was clear to me that the oral rehearsal we had done at the beginning of the independent writing time provided him with enough ideas and practice with the language and vocabulary to feel confident and motivated to write them down on his own.

Moving forward, I want to make oral rehearsal a tool and an expectation for all of my students. I believe that saying a sentence out loud (and hearing yourself say it out loud) helps writers internalize their idea and makes it easier to get that idea down clearly on paper. It also provides students with an additional opportunity to practice their speaking, which is so important as they develop their English and academic language skills. 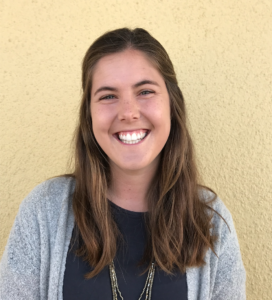 I loved meeting with them individually and in small groups to write together, but at a certain point, I had to walk away and attend to other students. I wanted to provide them with tools that could help them continue writing even after I had stepped away.