When I began my inquiry process with Mills Teacher Scholars, I chose three focal students, two boys and a girl, whose first language was Spanish or Mam. I wanted to work on teaching them the correct vowel sounds and usage, as I noticed that these students seemed to confuse them in the classroom. I pulled the three students into a small group, along with three other students who were fluent in both Spanish and English, so that my focal students would have higher-skilled peers to learn with. Together we engaged in a range of activities around vowel sounds, including a fun, friendly, competitive blending game. By the end of the lesson two of my focal students were combining sounds and speaking the words correctly. At first I was impressed with what they were able to do. Then I realized that my initial assessment of their skills had been wrong: the students actually already knew more vowel sounds than I had originally thought.

I realized that I had not collected enough information from my focal students to fully understand what they knew and were able to do. I needed to more deeply understand the students I was working with. In particular, I decided to zoom in on Carlos, a Newcomer who confided in me that he wanted to read better in English. I wanted him to have a valuable experience of learning in my classroom. So I decided to use the inquiry process to help me understand what I needed to do as a teacher to help him become a more confident English language reader. I knew that I needed to start with understanding him better.

My colleagues in the Mills Teacher Scholars inquiry group helped me come up with questions to ask Carlos to help me understand how he felt about reading. I learned that Carlos was afraid to read in class. He said he was embarrassed to read out loud or even when I would sit next to him and assist him. However, after several times of sitting and working with me, he became more comfortable with me and made fewer mistakes on his vowels. He was more intentional when he read, pausing to think before he pronounced his E’s and I’s.

My inquiry colleagues helped me notice what was working for Carlos and how I could build on those strategies. I began to work more with him one-on-one away from the class. Soon we were able to move on from phonics to reading fluency, comprehension, and vocabulary. Eventually, Carlos truly became a better reader. He was excited about reading and I saw him open up and want to read more. He told me that working with me helped him and he was happy he could read. He also said that reading was his favorite class. When choosing books I noticed he began to choose longer and more difficult books. He is not yet reading English books at grade level, but he is doing much better considering that this is his first year in America. Although he is still a little shy to read, he is not afraid and he will now read in front of the class with little prompting. He told me he is happy that he is a better reader, and his learning experience made me feel like a better teacher.

Going forward, I want to remember that each child is different and that each of my students has their own priorities for what they want to focus on in their learning. For Carlos it was reading in English. For other language learners it may be writing, speaking, comprehending, or feeling confident in their abilities. The next time I have a student like Carlos, I will start by asking him what he would most like to learn in English and then work with him on those skills either one-on-one or in a small group. One of my challenges as a teacher will be learning how to use my time wisely to increase assistance for the students who need more individualized attention. But being part of the inquiry group this year got me off to a good start. My colleagues helped me to organize my thoughts so that I could be more deliberate and effective when addressing Carlos’s unique needs. 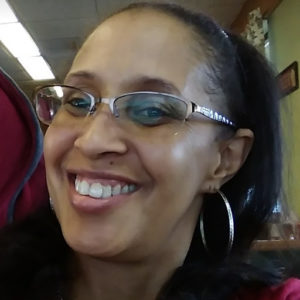 Janet Burgo is a lifelong learner and educator. She received her Masters in Education from Grand Canyon University. Although this is her first  year teaching in OUSD at Markham Elementary, she has been in the education field for almost 21 years. She continues to study and take classes through OUSD and  Mills.

I needed to more deeply understand the students I was working with.