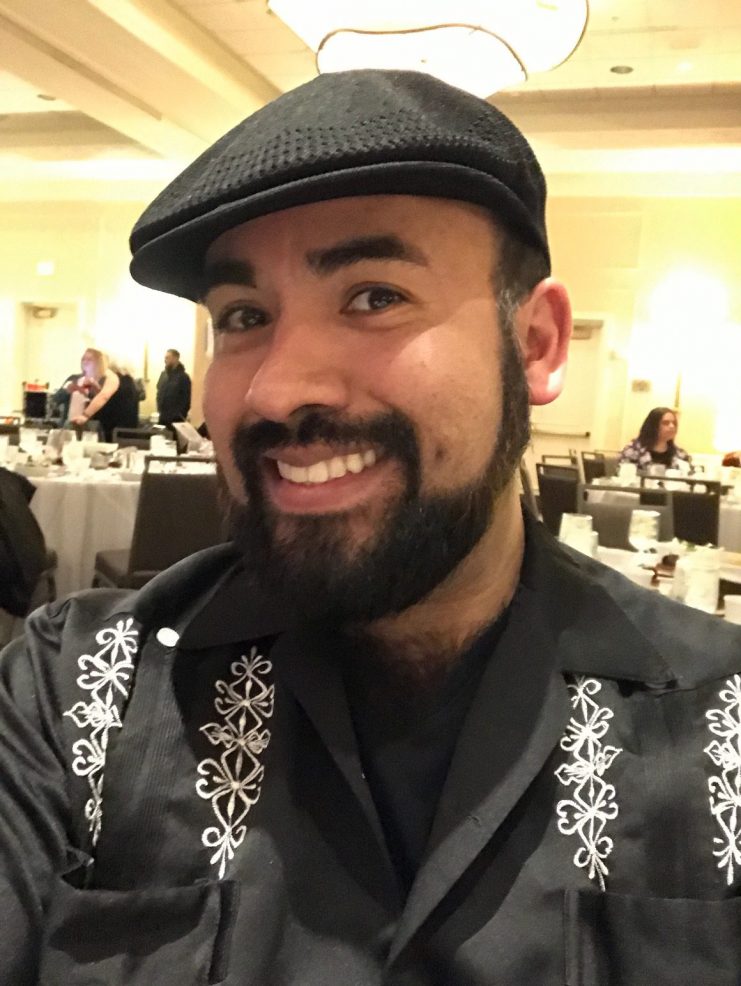 As a Kindergarten teacher I struggle with the concept of reading a book out loud more than once. I worry that students will be bored out of their minds, lying on the carpet, disengaged as they hear a book for a second or third time. Sometimes I even picture a classroom of 5-year olds booing, revolting, and deciding to get up and play as I attempt to read a story a second time. That’s why I focused on Shared Reading and the multiple reads structure.

In the fall my principal purchased Big Books in Spanish, something that the bilingual teachers in San Lorenzo Unified desperately needed. As a small minority in my district, bilingual teachers have always struggled to find quality curriculum, even more so in recent years as our district has been heading into a balanced literacy approach. But once I unwrapped all of my big books and reading pens and organized it all, I had a feeling that many teachers get:  “Now what?” 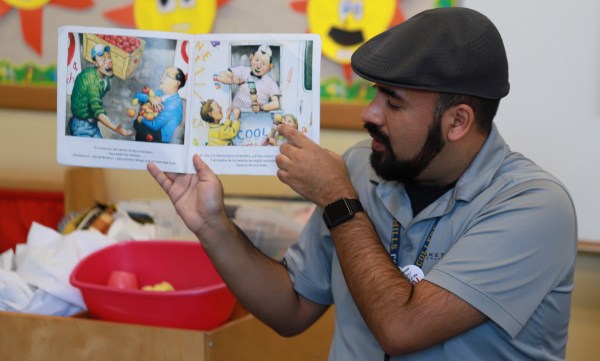 Alberto Nodal in the classroom

The need to read

It’s crucial to develop strong literacy behaviors at an early age. This year many of my students came in with these behaviors, such as knowing how to handle a book and directionality, but I knew that wasn’t enough. I needed to explicitly teach decoding, fluency, and other comprehension skills. Shared Reading was the perfect opportunity to begin. I asked students to help me identify initial sounds, notice punctuation and rhyming, and to look at the illustrations for meaning. During the initial reading of the first few Big Books, my focal students emerged. Victor and Ana were two students with strong literacy behaviors but were different types of readers. Victor attended Transitional Kindergarten so already came in knowing most of his letters and sounds. He also was very engaged in the stories I read and participated in our discussions. Ana came in not knowing how to read, but had lots of language due to the fact that she spoke with a lot to her parents and siblings at home. Although she was able to participate in discussions, she frequently appeared to be off task since she wasn’t looking at the pictures and sometimes had her back to the book as she was distracted by things on the shelves or things left on the floor. Because Victor was skilled at decoding text and Ana was skilled at repeating a story after only hearing it only once, I knew I wanted to focus on them and see if multiple reads would boost their interpretation of a story.

The camera adds 10 lbs…of data to sort through

I decided to video my focal students as a way to collect data. I wanted to see how hearing a story multiple times would affect their reading. After recording them reading a few books, I realized that all I had were endless clips of them reading. Talking with colleagues, I realized the data I collected wasn’t what I was aiming to get. The videos were simply of them decoding. This didn’t address my question of how Shared Reading would improve their comprehension. I knew I had to change it up. I asked my focal students questions within and beyond the text to see if they could infer and rationalize their thoughts. What I noticed was that the multiple reads did just that. They heard the stories enough times to be able to pick out new facts and make connections.

In order for them to stay excited and provide answers when I asked questions, I had to engage them further. I noticed my students were excited to read along to a new book if it had something engaging associated with it. I was able to do this by bringing in realia related to the book. One book was about a brother and sister who camped in a tent in their backyard and more and more of their family members came in until the tent ripped open. I borrowed a tent from a colleague and had students help me assemble it. We entered one at a time to see how many students we could fit inside. I let students play in the tent as well during choice time. The majority of them had never been in a tent before so I thought, why not bring the tent to them? Another story we read was about pets. My friend brought in her dog and we taught the students tips to taking care of a dog and how to approach one on the street. They watched him perform tricks, they fed him a treat, and they got to ask questions about what it was like to have a dog. After these experiences, I saw an enthusiasm about the stories when I pulled my focal students over and asked them to retell the story. They were so familiar with the vocabulary and story itself that they were better able to answer my questions.

Moving ahead with what I’ve learned

As I embarked on the new school year, I felt more capable of bringing books to life. I have many more ideas of activities to do as well as realia to include in my teaching. More and more of my students are coming to school with access to preschool and exposure to books. If I can bring in things that some of them have never seen, even if it’s only one student that has never been seen/experienced/been exposed to it, then I know I’m doing what I should be doing. Due to the politics and demands of teaching I know that many times teachers feel like this is an extra step that there’s no time for, but if I see excitement in my students and it gets them talking and learning, then I know it’s well worth the time. I plan to make books something magical for my students, to build that early love for reading that some students may not have yet. 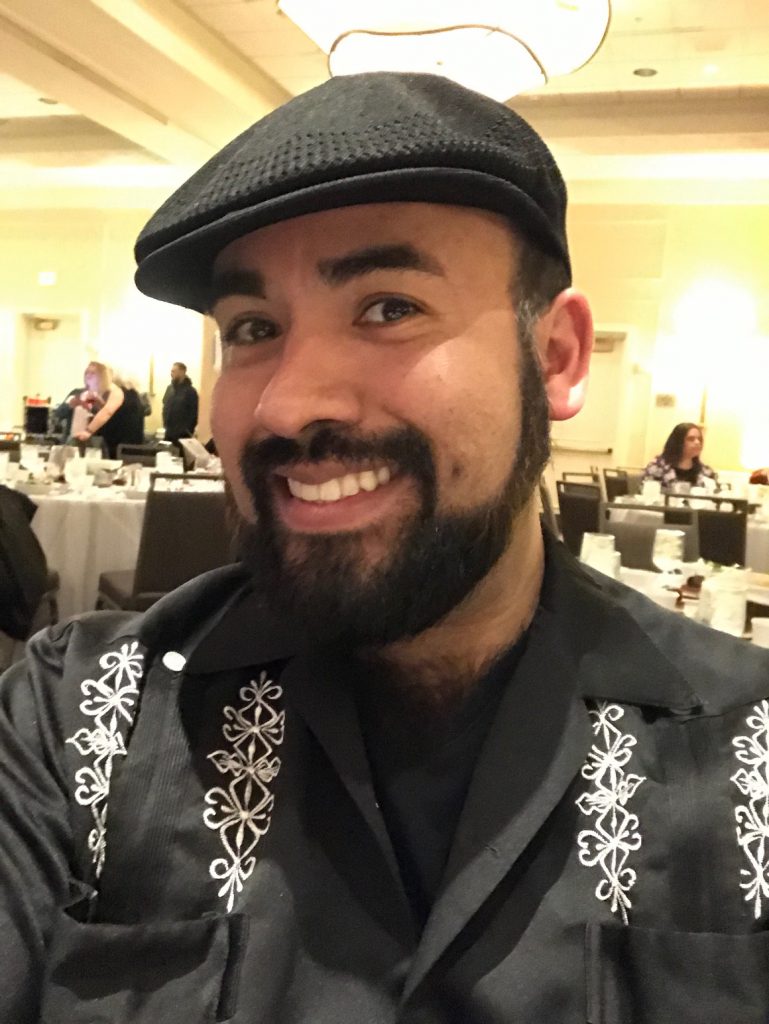 Alberto Nodal has been a Spanish Bilingual Kindergarten Teacher for eleven years. He teaches at Colonial Acres in San Lorenzo Unified. Now a Mills Teacher leader, Alberto previously participated in the Mills Scholars Inquiry Group. He’s been involved with Mills Teacher Scholars for ten years. He currently serves as the Vice President of the San Lorenzo Education Association and as a former Induction Support provider has been able to mentor new teachers and help them navigate the profession. He values teacher collaboration and advocacy for teachers and students and is involved in the California Teachers Association as a member of the Language Acquisition committee at State Council and as a delegate to the National Education Association’s Representative Assembly. He serves as CTA SOGIIAC Co-Chair (Sexual Orientation and Gender Identity Issues Advisory Committee), CTA Hispanic Caucus Secretary and NEA Hispanic Caucus Treasurer.