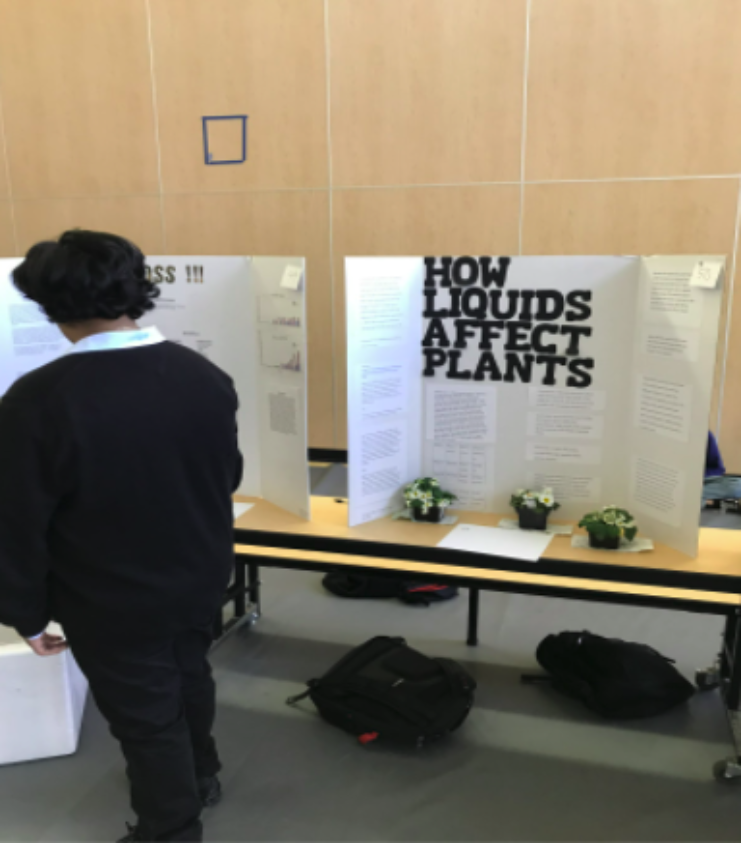 Our Colleagues Are Not Empty Boxes To Be Filled: Empowering Educators As Learners

Entering De Anza High School, I had only known the hardened inner city educational environments of Philadelphia and Baltimore. The specific schools I had taught in approached educators similar to an assembly line at UPS or any other facility. Teachers were boxes filled with instructions and sent off to various locations. Amidst that educational upbringing, I had taken on a type of loner attitude. Collaboration and leadership were foreign words in my personal educator’s toolbox. My approach was ‘I can survive on my own.’ I brought that demeanor and mentality into De Anza but I was welcomed by the opposite. There were teachers pushing me to succeed and an administration showing trust from the start. It was interesting. It was actually encouraging. Could I let my guard down? Could I be vulnerable? Could I open myself up without fear of being considered weak or unintelligent?

In my first year at De Anza, I organized and carried out a Science, Technology, Engineering and Math (STEM) Fair for the school. The drastic change, for myself, came after that fair when my school’s principal sent me a letter. It was simple. It said thank you. It was a thank you for doing something that hadn’t been done before at the school. The principal then took things a step further and invited me to join the school’s Instructional Leadership Team (ILT). Then, I began to look at education from the lens of a leader and a collaborator. And at that point, my inquiry began. I became invested in the Science Department. When the Pandemic thundered into our lives the routines and norms of the Science Department were suddenly disrupted and the teachers began to unanimously declare their sudden troubles with assessments, engagement, personal growth, and education. I realized we needed a new goal. That goal would be to increase student performance by leading the teachers to becoming more innovative through inquiry and discovery.

I was asking the teachers to become the same thing that we teach the students. Be a problem solver! However, I had a lot to learn about leadership when it came to working with other professionals. That year De Anza High School began an intensive ILT partnership with Lead by Learning to support our leadership growth. I was supported to think about a learning focus with the science department. I began by selecting a specific form of assessment I wanted our teachers to use to measure improvement: Claim, Evidence, and Reason (CER). I created specific learning objectives that we wanted for the students and a rubric that we could use to determine measurable results. From there, I formed a department spreadsheet where each teacher could submit their student’s CER scores as data. I also formed a department-wide vocabulary document where each subject would use similar vocabulary, in their CER assessments, so that the students would move on from year to year with continual reinforcement. The plan was to collaborate each week and look at each other’s data, have discussions, give feedback, and reflect. Things didn’t go as planned and I did not have this “perfect” data I had envisioned to bring back to my colleagues in ILT to discuss.

I had envisioned the department looking at student data and letting our data conversations drive our instruction. Instead, what happened was only one teacher brought data. So, I tried again. I sent email reminders at the beginning of each week. I met individually with teachers to support them. However, two weeks later at our next meeting, there still wasn’t any progress. I was hoping for lengthy data and profound discussions. Once again, only one teacher submitted data. And a few teachers didn’t even bother to show up for our meeting. So, I had to reflect. And I had to become transparent. I had to ask for help. This led me to being a Public Learner at our next ILT meeting. My Lead by Learning facilitator attended one of my department meetings and recorded the conversation teachers were having about the CER data I brought in. As a Public Learner, my ILT colleagues inquired about data alongside me to support me to name what matters most to me as a leader: I wanted my colleagues to become curious about their student’s work to improve their instruction.

Then one evening an administrator came into my classroom for a candid conversation. During our talk, I was told that sometimes it’s important to see the strengths in each teacher and work towards them. This administrator supportively challenged me. I was doing it all wrong. I was doing to the teachers the same things that we are discouraged from doing with the students. In telling the teachers to be innovative, I was showing them how I felt they should become innovative. My innovation for them was based on a personal definition of what I felt innovation should be and what it should look like. In telling the teachers to find fair ways to assess the students, I was only giving them my options for fair assessments. In short, in trying to encourage the department, I was placing them in a box and actually taking away their motivation. I was treating the teachers as though they were just packages being sent around with no voice. If I really wanted teachers to discover, then, they would have to discover in their own way. One teacher’s path to discovery could look completely different from the next person’s but that’s okay. I had to give the teachers their own ownership of the educational process. This meant complete vulnerability and trust on my part.

In the ongoing process of leadership, a leader does not have to be the loudest voice in the room. A leader also doesn’t need to be seen. Leadership is about support and motivating those around you into getting tasks accomplished. I have recognized that I need to utilize interpersonal strategies when dealing with other adults. Yes they are adults, but each adult in the building is an individual with their own persona. They process information differently, they approach challenges differently, and they ask questions in different ways. The uniqueness of each professional must not only be recognized but appreciated. Moving forward in my leadership I hope to:

Once the educators are allowed to grow and develop within their persona, then, they are no longer just mute packages carrying around information. Instead they are beautiful, unique containers of influence and potential. 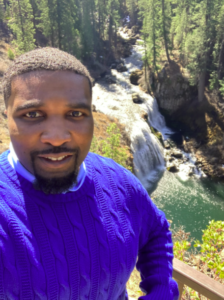 Alvin has been an educator for seventeen years. He comes from a family of educators. His mother was a principal in the Philadelphia, PA school district and his father was a Social Studies teacher in that same school district. Alvin earned his Masters in Education at La Salle University and his Masters in Administration from Grand Canyon University. Alvin currently teaches Physics at De Anza High School in Richmond, CA. In addition to teaching, Alvin has helped to refine De Anza’s STEM program by utilizing project based learning as a key strategy in developing the student’s real world inquiry and problem solving skills. When he’s not in the classroom, Alvin loves to travel, try new foods, and watch sporting events.

As a Public Learner, my ILT colleagues inquired about data alongside me to support me to name what matters most to me as a leader: I wanted my colleagues to become curious about their student’s work to improve their instruction.