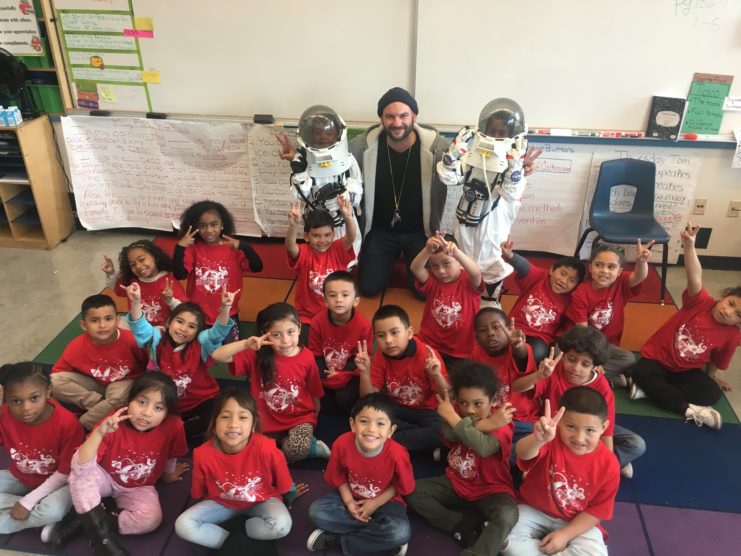 When I came to Reach Academy as the Instructional Leader in 2015, I was incredibly concerned by the reclassification rate of English Language Learners to English Proficient students. I spent my first year as instructional leader building capacity, ownership and agency in teachers to provide integrated supports for English Language Learners in the mainstream classroom. Teachers felt a shared sense of urgency around this issue and worked hard to utilize the strategies I suggested. As a result, our reclassification rates increased significantly, however there was still a major shortcoming in our instruction and teachers were at a loss for how to overcome it.

Teachers wondered how they could support Newcomer students, especially if their home language wasn’t Spanish. As a community, we had been getting away with relying on our own Spanish or the Spanish speaking students in the classrooms to keep our Newcomer students afloat, but what we were we supposed to do with our increasing population of Mam, Arabic and Swahili speaking students? As I was their instructional leader, teachers were looking to me for support in supporting their Newcomer students. I was at a loss for how to help. I felt stressed and inadequate, needing help myself.

Taking Charge of My Learning

As I began teaching the Newcomer class, I started administering the State English proficiency test in tandem. While testing our Newcomer students, I realized that they were ill-equipped to ask for what they needed in different settings. The following test question particularly struck a nerve for me, “Imagine that you’re at the library and want to check out a book about horses, what would you say to the librarian?” For example, a third grade student, named Miriam answered by saying, “can I have the book?” I started an inquiry cycle around this question and realized that the reason this question was so important to me is because it represents the skills students need in order to advocate for their needs in a variety of contexts. To me, this question is about equity. How can we expect our students to have equitable outcomes if they lack the language to advocate for themselves? During subsequent weeks and in sessions with Mills, I started changing my approach to teaching. New approaches included giving immediate feedback to students, providing opportunities for students to practice English in a variety of settings and conducting interviews with focal students regularly.

As a result of this realization and subsequent questions I was asked at the Mills Teacher Scholars inquiry group, including, ‘what would being able to answer this question mean for students?”  I decided to change my approach with my Newcomer class. I began to understand the importance of Newcomer students having foundational language skills. Because of this, I shifted my focus away from literacy acquisition instruction to conversational English acquisition instruction. While it felt like a risk to shift away from literacy instruction to spoken English instruction, I theorized that Newcomer students feeling empowered to speak English would result in more engagement and increased outcomes for them in the mainstream classroom. It would also support them to advocate for their needs in their daily lives.

It has been an incredibly rewarding experience having teachers stop me in the hallways to tell me how much more their Newcomer students are participating in class since starting English class with me. I’m looking forward to seeing their literacy growth that will hopefully flourish as a result of having more access to spoken English. While I’m excited about the initial results of the Newcomer class, I haven’t forgotten my initial purpose, which is to build capacity in teachers to support their Newcomer students in the mainstream classroom. In the same way that teachers advocated for support in instructing Newcomer students, I was happy to begin the process for Newcomer students to be able to advocate for their needs, as well. 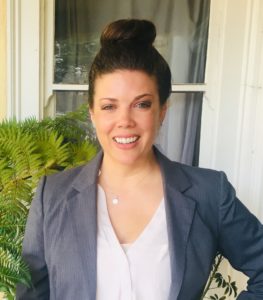 Emily Rasmussen is an educator in Oakland Unified School District. She taught 5th Grade Math and Science for several years, had the opportunity to serve as the Instructional Teacher Leader at Reach Academy and is following the 5th Grade class to Middle School as Assistant Principal at Elmhurst United Middle School. In the spirit of lifelong learning, Emily has enrolled in many programs, including Mills Teacher Scholars.

I started an inquiry cycle around this question and realized that the reason this question was so important to me is because it represents the skills students need in order to advocate for their needs in a variety of contexts. To me, this question is about equity.