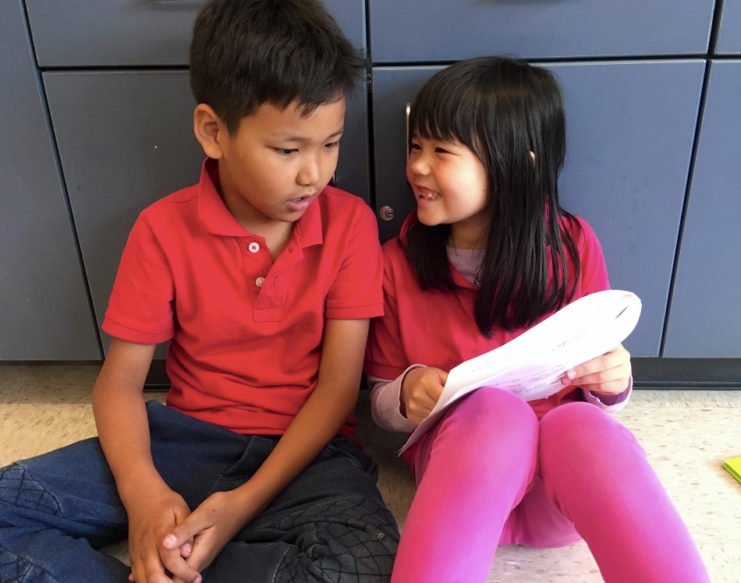 Second-grade teacher Susannah Young used collaborative inquiry to understand the skills and dispositions of engaged, independent writers in her classroom. Although by mid-year she still felt stymied by how to engage one of her most reluctant writers, her colleagues in the OUSD Social Emotional Learning Group helped her reframe her understanding of his struggle. Through shifting her instruction to focus on student-student relationships, she achieved a profound learning breakthrough with her focal student, with implications for her ongoing teaching of writing.

As I headed into my third year of teaching last fall, I was again bombarded with the fact that writing has consistently been the subject in which I feel the highest highs and lowest lows in my teaching.  There are few things more satisfying to me than observing a student excited and proud of the story they are producing, and few things more frustrating than my fruitless attempts to engage reluctant writers.

The diversity of writing interest in my classroom and my own dissatisfaction as a facilitator of writing pushed me to focus my Mills Teacher Scholars inquiry on motivation in writing.  As a lover of writing myself, I wanted students to experience the power of writing as a form of self-expression, communication, and a site for creativity.  Over the past year, I looked for ways to engage all students in meaningful writing by investigating the causes of student disengagement, thinking deeply about the writing process, and tinkering with instructional shifts in my classroom. 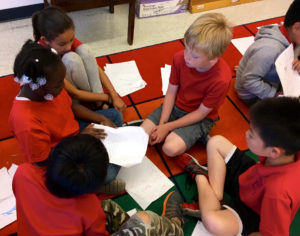 As part of the OUSD Social Emotional Learning Inquiry Group, I have been pushed to consider the SEL skills that are foundational for academic success.  Within the context of the writing workshop, in which students choose their own topics in the genre of writing that we are studying, it seemed clear to me that students needed a degree of self-awareness to generate ideas from their own experiences and skill in responsible decision-making to choose topics that were rich enough to sustain their own interest through the writing process.

I began my process by focusing on students who were already demonstrating success within the writing workshop.  What were they doing that showed their engagement and independence?

The two students who I identified as engaged, independent writers had a few things in common.

From here, I developed my specific indicators for success for the writing workshop–I wanted students to be able to start right away on their writing (evidence of having a writing plan), to independently move through the different stages of the writing process (generating ideas, drafting, revising, editing), and to demonstrate elaboration in their written work (evidence of investment in the product).

After developing these indicators, I began tinkering with my practice and collecting data on the writing behaviors and written work of focal students. 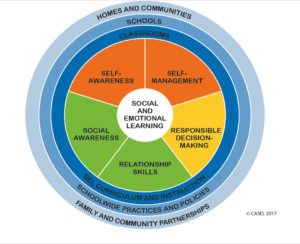 Working Through the Wobbles

I began to dread writing workshop around January.  While some of the second graders in my class were taking off in their writing, many others were stuck and seemed no more engaged now than they were at the beginning of the year.  It felt like nearly every writing workshop was following the same predictable arc– I would teach a mini-lesson, focal student Jared would seem engaged, and then he would go back to his seat, sit quietly, and stare off into space.  With all the calm I could muster, I would ask, “Jared, do you have an idea for a story?  What did you tell your partner you were going to write about?”  With a furrowed brow, he would respond that yes, he had an idea, but he didn’t want to write about it.

Increasingly frustrated with my “failing” inquiry, I brought my findings back to my Mills Teacher Scholars group and lamented about the plateauing motivation in writing workshop.  I was paired with a kindergarten teacher who was embarking on an inquiry around writing partnerships, and was struck when she shared how one of her students described the purpose of writing partnerships  as “to encourage each other.”  This finding from another classroom reframed the way I was thinking about Jared’s challenge as not necessarily a lack of interest in writing, but a demonstrated need for encouragement because of a core belief that his voice was not interesting enough for writing.

I thought about the community we had been building in our classroom all year and how the students’ relationship skills might foster stronger self-esteem.  Over the next few weeks, I arrived at two new teaching poses.

First, in order to write, one must feel like one’s experiences and perspectives are interesting.  Second, student-student relationships are essential to learning.

The information I gathered from students led me to three major shifts in my teaching of writing.  The first was hacking the Lucy Calkins Writing Workshop curriculum by creating writing projects for my students that were more relevant to them.  In February, I paused our curriculum and had my students return to the genre of information writing, but this time to write a book all about themselves.  By putting students at the center of their work, I wanted to make clear that their lives were unique, interesting, and worth writing about.  We later wrote opinion pieces not about the books that we read in class like our curriculum suggested, but about real-world problems students had witnessed in school, at home, and in the larger world.  Some examples of student topics were why we need more recess equipment at our school, why parents should not fight, and why you shouldn’t bully people because of the color of their skin.

The most profound shift in my teaching was with writing partnerships.

I built excitement for our revamped writing partnership process by asking students what they want in a writing partner, and also what they have to offer their writing partners.  Each student then chose three people they felt they could work well with, and I paired them up based on these suggestions, their abilities as writers, and their abilities as partners.  Students that were paired with someone they chose felt excited, and students who didn’t get paired with someone they chose were also excited, because they knew their partner had chosen them.

We then slowed down the writing process so that students were collaborating with their writing partners as part of every writing lesson.  Based on the strategy we were learning each day, students would have specific questions to ask their partners about their writing in order for their partners to practice elaboration.  The process of students pushing each other for more clear, detailed writing supported their independent work and also instilled a sense of value in each student’s ideas.  As part of slowing down the process of writing to include reflection and celebration, I became more disciplined in reserving the last chunk of writing workshop for partner sharing.  During this time, students focused on giving their partners specific compliments about their writing, which led to a very high number of smiling second graders.

Through this inquiry, I began to find more flow in my teaching of writing.  I developed a system that responded to student needs and felt more secure in my choices as a teacher as I became more attuned to the web of social and emotional forces at play that could support my students as writers.  There was a dramatic shift in engagement in writing in my classroom, and in the late spring Jared even started telling people that his favorite time of day was writing workshop.  At the end of the year, I asked students to reflect on how they worked with their very first partner of the year compared to how they work with partners now.  Jared left this goldmine of wisdom, “My very first writing partner was kind of mean but now my writing partner is a lot more nice that’s why I love writing.”

Susannah Young is a second grade teacher at Lincoln Elementary in Oakland Unified.  She a member of Lincoln’s Instructional Leadership Team and a participant in the Mills Teacher Scholars Social Emotional Learning Inquiry Group.

Increasingly frustrated with my 'failing' inquiry, I brought my findings back to my Mills Teacher Scholars group.  I was paired with a kindergarten teacher who was embarking on an inquiry around writing partnerships, and was struck when she shared how one of her students described the purpose of writing partnerships as “to encourage each other.”  This finding from another classroom reframed the way I was thinking about Jared’s challenge as not necessarily a lack of interest in writing, but a demonstrated need for encouragement because of a core belief that his voice was not interesting enough for writing.

What happens when we stop leaving comments and start getting real?